When Lauren Havens was 12 she showed up at the pool to join the junior high boys water polo team in Beverly Hills, CA. It was 1975. Her older brother played, but girls didn’t really play water polo. And certainly girls didn’t coach it. That was then. 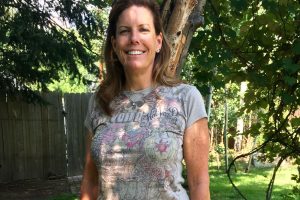 Fast forward to today: The U.S. women’s water polo team took the gold medal at the 2016 Olympics. That’s two in a row, they also scored the gold at the 2012 London Olympics. But such international recognition – and high level play – are fairly new for women in water polo.

“The boys on the team were fine with it,” Havens said, “but the ones I played against were not. I remember lining up and one said, ‘I’m going to get that girl.’ ”

According to Havens, her mother always encouraged her to be brave – even letting her drive when she was nine years old (on private land, of course, but still…). Her father, however, was more conventional. “The only sport he ever wanted me to play was golf,” she said.

Havens was adopted at birth into a family that included several adopted children. It was a childhood in which she, her brothers and sisters, and her numerous cousins often spent summers in the country, swimming, playing games, and running a bit wild.

“I always felt comfortable with the boys,” she said.

Now, in her early 50s, tall and athletic (she’s run a marathon, “The” Marathon, the original Greek route) her playing days are over. And it would seem any chance for an Olympic career would be totally out of reach. But never count Havens out. 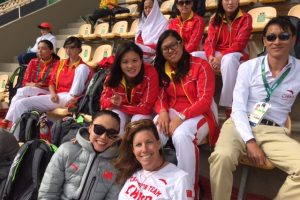 Havens attended the Rio Olympics in August on an invitation from Ricardo Azevedo, a former Brazilian water polo Olympian and long-time coach she met decades ago. He currently coaches the Chinese women’s Olympic team. Havens hopes this invitation will lead to a job offer to join Azevedo as an assistant coach.

Water Polo – Swimming with the sharks

“Water polo is a rough sport,” Havens says. She means not only playing it, but also fighting her way up the coaching ladder. 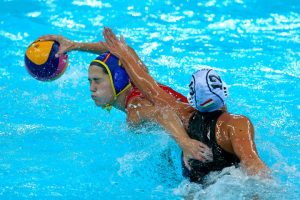 Havens played water polo in junior high, high school, and at Boston University. In a particularly memorable game against MIT, she said a (male) player held her head under water and punched her in the eye.

“I’ve been called every name in the book,” Havens said. “In English, Greek, and Spanish.”

It’s like that when breaking barriers. And it speaks to her circuitous route to Olympic coaching possibilities.

After college, Havens returned to the LA area. The Olympics were held there in 1984, so she went as a spectator. That was the first of her five Olympic experiences.

Her coaching career began in 1985 when she was just out of college and her high school coach, Dick Douglas, invited her to assist him for the summer.

“I fell in love with coaching,” she said. It was a boys’ team. Indeed, she has spent most of her career being an assistant to men’s teams. (After all, water polo was pretty much a guys’ sport up until fairly recently.)

Breaking into the coaches’ “club” 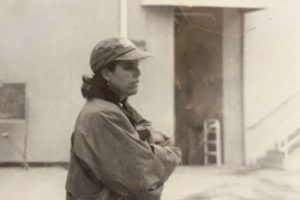 Havens as coach in the early ’90s.

The water polo coaching world is a pretty small club. People know each other – and know of each other. Ricardo Azevedo was coaching for a Southern California high school in the 1980s and also for private clubs. Richard Corso was another one of that Southern California cadre of important water polo coaches. Havens had run into them both. So she had her foot in the door. In addition to helping coach her old high school team, Havens also coached club teams, usually being the lone female.

Coaching was a part-time job. It paid “almost nothing.” So Havens worked a surprising variety of  jobs to get by. She was an esthetician, paralegal, physical therapy aid, taught first grade and worked in accounting.

She also got married and had a child who has a rare genetic disorder that stumped doctors for many years. It turned out to be 22Q13 Deletion, a condition that severely retards cognitive development. So her family life was complicated and included many visits to doctors and clinics to try to diagnose her daughter’s condition. Plus, she needed special care.

But in terms of water polo, “My luck changed in 1992,” Havens said, “when Richard Corso hired me and both he and Ricardo (Azevedo) mentored me as they coached the National Men’s Water Polo Team for the 1996 Atlanta Summer Games.”

In 1996, she was hired by UCLA because “I was a woman. I was to be the assistant for the inaugural season of the UCLA Women’s Water Polo team (garbage was thrown at us). After that, I would be the Head Coach the following season,” she said. When she coached for UCLA, “That was the first time my father took my coaching career seriously,” she said.

And in 1999, Azevedo was coaching the Shore Club team and they were scheduled to go to Greece for a month to train. He had a conflict and couldn’t go. He asked Havens to go as head coach.

“People were looking at me like I had two heads, there were no women coaches,” Havens said.

Some of her old coaches and water polo friends got her gigs in several other European countries for a few weeks at a time. She helped prepare teams for the European Championships. Her time in Greece turned out to be a particularly good fit for her. She was invited back to help coach a Greek men’s team, a 10-month-a-year job, one she held for three and a half years.

But she still wasn’t really welcomed in the male-dominated coaching world.

It’s been said about women who break barriers that they have to work harder. And Havens, it seems, did. She offered teams a lot more than how to shoot the ball, deter a defender, or block a pass.

“Because I have this kind of personality (I’m not afraid to ask) and I understood the difficulties the athletes have, I started networking and reaching out to companies – Shell, Adidas, Subway.” She got the athletes free shoes, warm up gear, gas cards, and lunches. 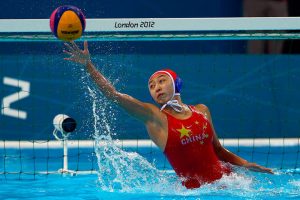 In other countries, she explained, even amateur athletes are supported by the state. In the U.S., they aren’t. So one of her initiatives was getting them support.

Havens aided and developed the teams in many ways. She first learned – then taught the teams  – Tae Bo, a rigorous workout developed by Billy Blanks, executive boxing, kickboxing, pilates, and yoga. She was kind of a jack-of-all trades for teams, including sometimes even massaging away strained muscles.

She didn’t emphasize being female. “I would wear these big baggy sweats all the time at practices. And when there was an occasional dinner or something, the other coaches would look at me like they didn’t recognize me. They’d say – ‘wow, you clean up good.’ ”

Some accused her of sleeping with the head coaches. “They thought how else could I have gotten this far,” she said.

Her active coaching life came to a halt in 2004, however. Her marriage fell apart and she moved to Boston to be near her ex and share custody of their daughter. She turned her copious and laser attention to her daughter and her 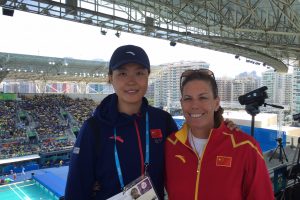 disabilities. Havens studied Applied Behavior Analysis and worked for the Cerebral Palsy Association of Massachusetts. Family took much of her attention. Her dream of coaching fell away.

But in the past five years, opportunities have bubbled to the surface. She’s reconnected with Azevedo and former players. She went to the Olympics in Rio. She’s moved to Denver. And she has big plans.

In water polo and in life, Havens, against the odds, has scored.

Article by Bojinka Bishop, Photos supplied by Havens except where noted.

Curious about other interesting people and what makes them tick? Click on the “People” button in the navigation bar. Better yet, subscribe and be alerted to new content. Go to the upper right column.