Back to high school – with a new purpose

“Social media make conflicts extremely difficult to deal with. I’m glad I didn’t have Facebook in high school,” Charla Agnoletti said.  You’d expect this from someone over 40.  But Agnoletti is only 26.  It’s because she’s in the thick of it. 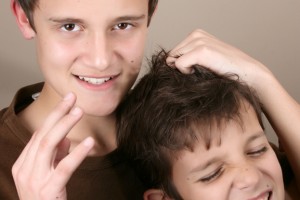 Agnoletti has chosen to live and breathe middle and high school conflicts every day.  She tries to solve them with “Restorative Approaches,” focusing on personal responsibility and building community.  That’s a very tall order.

And on this particular day, by 5 pm, Agnoletti hadn’t had time for lunch.  And she admitted, “It was kind of a grueling day.”

Interpersonal relationships are key to kids’ progress in school, socially and academically.  (News reports on school violence usually focus on bullying and “loner” behavior.  These same things affect truancy and drop-out behaviors.) Restorative Approaches is thought (and hoped) to be an answer to keeping kids in school each day and until they graduate.  And, of course, to cutting down on bullying and fighting.

The use of Restorative Approaches in schools around the country is relatively new. It has grown rapidly in Oakland, CA’s Unified School Districts.  And strong movements are growing in Denver, New York City, and Chicago in particular. 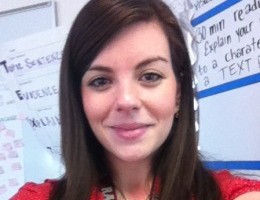 Agnoletti and a co-worker run the restorative approaches program for 7 grades (6th through 12th) for approximately 1000 students at a Denver school.  The program’s mantra, based on a poem by Luis Valdez is – “What I give, I get back.”  They tell students – If you’re putting out negative energy, that’s what you’ll get back. The challenge, which to most may seem daunting – is to get kids convinced to put out positive energy.

In these days of social media, negative comments may be considered funny or cool and cyber-bullying is easy – a few words, an accusation, or a photo can be posted with a simple click alone in your room or even posted anonymously.  Thus, the job is even harder than in “the old days” when a face or whispered voice was identifiable.

“We discuss Facebook with the kids,” Agnoletti said, “and talk about how it escalates conflict.”  As if real behaviors were not enough to deal with.

Here’s how Agnoletti works to activate positive behaviors among the students.  About 650 kids in grades 6-8 are required to attend Connection Circles once a month.  Students in 9-12th grades are offered the use of mediation services.

Throughout the month, Agnoletti and her partner, as Restorative Justice Coordinators, hold a lesson for every class of 6-9th grade students at the school.  In groups of 15 to 20, the students sit in a circle and “listen to each other.”  They use a “talking piece“ – a pen, stuffed animal, or other prop  – to signal whose turn it is to talk.  Agnoletti said students participate 99% of the time.  Very occasionally, someone gets sent out of the circle for not cooperating. 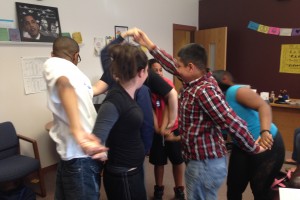 An exercise in community building.

At the beginning of each lesson, Agnoletti reiterates the three things to do in “circle,” 1) build community, 2) learn to solve conflicts, and 3) learn to build peace.  For many students who come from households that are conflict ridden, even getting to understand these concepts – and certainly to commit to them – takes effort and time.

According to Agnoletti, there’s also a vocabulary for Restorative Justice, called the “5 Rs” – relationship, respect, responsibility, repair, and reintegration.  For example, when dealing with repairing an injury, the kids are encouraged to think about what types of things cause harm in their community, then think about someone they have harmed and how to repair it, then to write a letter of repair.

Recently, all 600 students from the 6th through 8th grades wrote letters of repair to students they may have wronged.

“After we screened the letters, we hand delivered all the letters to students at the middle school.  The impact was an entire day of students receiving apologies and having their peers reach out with kindness,” Agnollotti said.

“The absolute key to all this work is acknowledging your own role, is being responsible,” Agnoletti said.  Anyone who knows a teen or is or has been a parent knows the challenge of teaching responsibility. 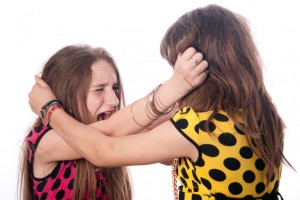 This is pretty sophisticated stuff – being kind and positive in the world, taking responsibility, building community.  In looking at the world and our cities and towns, it’s clear that many adults haven’t learned these restorative skills either.

So is it all rosy at school?   Obviously not. Some kids love the opportunity to live more peacefully.  Some do not.

According to Agnoletti, more girls seem to gravitate toward the program than boys.  At the same time, she says more girls seem to be getting into fights – fist fights, pushing, shoving, hair pulling.  She thinks it might be the influence of the media which increasingly show women fighting. 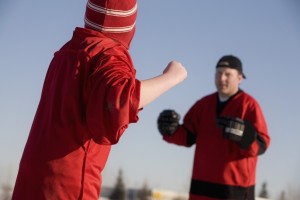 So Agnoletti is fighting pretty tough battles of her own –  against a culture which glorifies winning and domination,  against the role modeling many kids see in their families and communities, and against a high-school fit-in culture in which community and peace may be seen as outliers.

But she’s committed for now – staunch in her belief that helping kids learn to take responsibility for their actions and learn to solve conflicts in a way that respects community is a worthwhile use of her time.

And the Teach for America Program, of which she is an alum, believes she’s making a difference too. For her work in implementing Restorative Justice at a Denver high school, she is currently a national finalist in the Teach For America Award for Excellence in Teaching.

Congratulations, Charla Agnoletti, and thank you for working to make this world a better place!

For more articles about fascinating people, click on the “People” tab in the blue navigation bar at the top of the page.