It struck me as tragic and bittersweet that yesterday, while Robin Williams, a comic genius, may have been drawing his last breath, alone and depressed sitting on his bed, I was lying in mine reading “Secrets of the Creative Brain.” 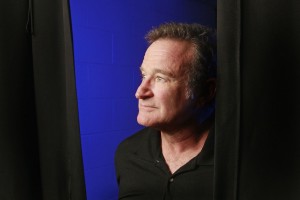 The author of the article in the July/August Atlantic, Nancy Andreasen, is a psychiatrist and neuroscientist. She wrote that highly creative people often suffer from mental illness or depression. So it seems she would not be surprised that Williams was depressed and had ended his time on this earth. Indeed, she might have predicted it.

I wonder if Williams himself had read the article. According to interviews I’ve heard, he was well-read, intellectual, and very smart. Would knowing he was part of a group of creative geniuses for whom depression was common comfort him? Would it have changed the outcome?

Creative geniuses versus the rest of us

Regardless of the research that went into Andreason’s conclusions on creative geniuses and depression and mental illness, many of us have tended to think of creative geniuses as that way anyway. Indeed, it’s nothing new. Andreasen pointed out even Aristotle, in ancient times, observed that and quoted him as saying “Those who have been eminent in philosophy, politics, poetry, and the arts have all had tendencies toward melancholia.”

Andreasen has been studying and conducting research on geniuses, creativity, and the brain for more than 40 years. Her conclusion – creative geniuses are different from the rest of us. Their brains not only operate differently, but also are physically different. In lay terms, creatives have more folds in certain parts of their brains, so there is a physical property which allows more connections and more ideas.

And she points out that being a genius (that is, having a high I.Q.) is different from being a creative genius. According to Andreasen’s research, gleaned from both existing studies and her own original work, “… most creative people are pretty smart, but they don’t have to be that smart, at least as measured by conventional intelligence tests.”

She has spent her time studying creative geniuses –a large percent of them are writers (really great writers, like Vonnegut, Neil Simon, and John Cheever.) Many of her study subjects had mental illnesses in their families or suffered from depression. “A full 80 percent of them had had some kind of mood disturbance at some time in their lives, compared with just 30 percent of the control group.” She noted another study on abstract-expressionist painters that found a high rate of depression or mental illness. She also noted that creative geniuses tended to have relatives with mental illnesses.

What are we to make of this? Should these findings make us want to “cure” them?  Would that tamp down their creativity? What would  we – and the world – lose?  Or do we want to appreciate them more knowing that the “tortured” artist really is?

But let’s remember that this research emphasizes a part of the findings – the research also found that many creative geniuses do not have mental illness or depression, nor do their families. Andreason, too, ends the article on a more positive note with the following findings.

Creative people are characterized as having lots of ideas and making connections others don’t see. Certainly that was true of Robin Williams, his humor was like riding a roller coaster of connections – some rushing by so fast you barely perceived them as they flew by.

“Having too many ideas can be dangerous. Part of what comes with seeing connections no one else sees is that not all of these connections actually exist,” Andreason wrote.  Is this what haunted Williams and so many other creative geniuses that have taken their own lives?