A woman in power

When Tracey Stubbs was in college in California, she took a job as a warehouse clerk.  It was a nice desk job for a college girl; but she looked around and saw what she thought would be a more interesting job – being a forklift operator.  And she said, “Hey, I wanna do that.”

The boss listened, and she drove the forklift.  Not well, she explained, and not for long, but the experience taught her some valuable lessons. 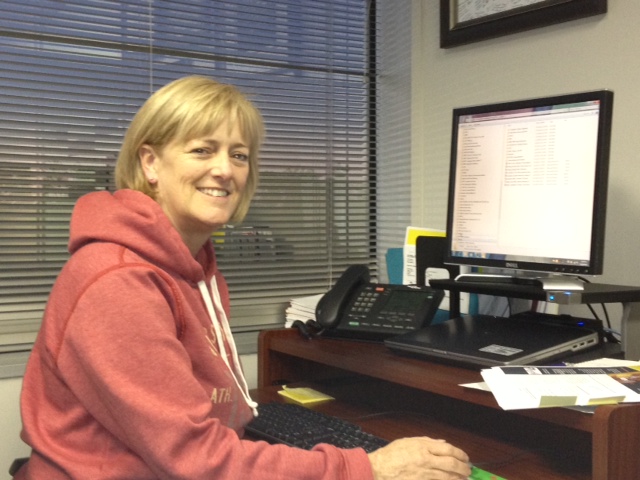 Today Stubbs lives near Houston, TX and has a track record of having made it as a woman in man’s world.  She is responsible for electric reliability compliance for about 80 plants for Entergy, an electric utility with about 100 plants in eight states.  Although it’s mostly a desk job, it’s still pretty unconventional.

According to the Current Employment Statistics Program at the U.S. Bureau of Labor Statistics, as of November 2012, only 29,700 of the 167,200 employees in electricity generation were women.  That’s about 17%. 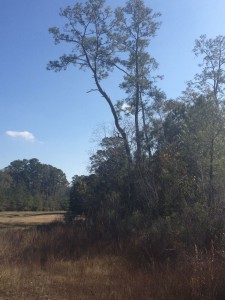 Her first step in getting this job, too, was saying, “I want to do that.”

Why did Stubbs want to take on this job?  It would move her to a beautiful area near Houston where she wanted to relocate.  It’s a place with lots of trees and warm weather.  But she also liked the challenge the job presented.

Stubbs had worked for Entergy for about 20 years in various capacities.   During her interview for this job she highlighted the skills she thought would apply, and crossed her fingers.   She was told she would need to work 60 to 80 hours a week for the first year.  That did not discourage her.

A woman in a man’s world

Stubbs said when she became a compliance manager two years ago, she was out of her depth technically.  After all, she was neither an engineer nor a man.  Not only that, she had never run a power plant.

Picture this – a small blond woman introducing herself to some tough old plant operators and their engineers and saying, “Hi, I’m here to monitor your operations and set up procedures for you to follow.”   According to Stubbs, she was greeted with crossed arms and scowls.

How did she win them over?  According to Stubbs, she put down her clipboard and said, “Well, you’re right, I don’t know how to run a plant.  Can I watch?”  She watched, she asked questions, and gradually they relaxed.

Of course, it had to be more than that.  It was about who Stubbs is.  She said she is honest with people.  She tells them the mistakes she’s made (like jumping off the forklift too soon and having it hit a wall.)   She also tells them she’s there to help – to help them be successful in complying with the regulations (and keeping regulators at bay).   You can tell when she speaks those are not empty words, she means what she says.  It’s in her eyes and voice.

Stubbs was not always comfortable in the macho energy generation world.  She was not sure she would make it as a woman in a man’s world.  She says she often suffered from lack of confidence and recounted a turning point in her professional life.  She was working for Catherine Gaujacq, a female nuclear engineer from France, and was feeling especially insecure.  What Gaujacq said to her changed her life.  She said that Stubbs was proving very valuable because she brought something special to the table.  What was it?  Gaujacq said Stubbs could tell when technical people may be missing the point.  (That says something about the brilliance of Gaujacq, of course; but this is about Stubbs.)

What does Stubbs have?  Common sense?  An ability to understand what things mean in the big picture?  A journalist’s ability to focus on the essential facts?

Stubbs does have a degree in Communication from the University of California at Berkeley and a master’s from Millsap in business, but she explained it as being a “big believer in task integration.”  To Stubbs, that means paying attention to more than your little slice of the process.  (More than shuffling paper, more than pleasing the boss.)  In her down-to-earth way, she gave this example, “When I was a buyer, after the shipment came in I wanted to go into the warehouse and see the stuff I purchased.”  In short, she cares about the end result. 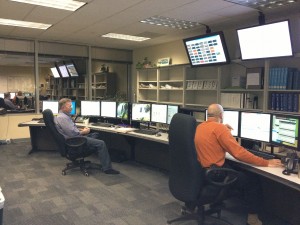 Just down the hall from Stubbs’ office, Entergy monitors plants 24/7.

responsible for the operational bucket.  Her job is making sure that about 80 of Entergy’s electric generation plants comply with about 80 different government regulations. (Is that really 6,400 things to keep track of?)

Other managers are responsible for areas such as nuclear, physical and cyber security, safety, etc.

About 10 agencies promulgate regulations that electric utilities have to follow.  The primary ones are the Federal Energy Regulatory Commission (FERC) and the North American Electric Reliability Corporation.  The latter was founded in 1986 and its primary focus is avoiding major blackouts, protecting the grid.  The regulatory world is an alphabet soup – FERC, SERC, DOE, EPA, OSHA, SEC, DHS, etc.  It takes a lot of knowledge to navigate in that environment.

A recent government (SERC, Southeast Energy Reliability Corporation) audit showed no “findings” for Stubbs’ area of oversight.  “Findings” is a fancy word for potential violations.  Her 80 plants had no findings.  Of that, she is justifiably proud. 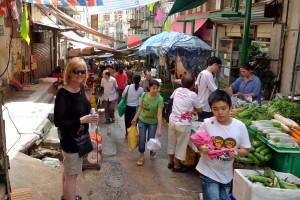 Stubbs at a Hong Kong market

Today this solo has time for some workplace initiatives, such as the Diversity and Inclusion Committee.  It recently conducted a fundraiser for the American Widow Project, a support network for young widows of troops killed in recent wars.  And Stubbs has time to travel for fun.

Who knows what Stubbs may discover next that leads her to say, “Hey, I want to do that”?  Given her track record so far, you can be pretty sure that Tracey Stubbs will get to do it.

For more stories about interesting people, click on the “People” tab in the blue navigation bar at the top of the page.

Comment(s) on A woman in power