One day about 10 years ago, Bruce Johnson stopped by his favorite fish market on the way home from his cushy management job.  He was a regular – and the owner opened up – he was thinking of selling the business.  Johnson blurted, “Let’s talk.”

“I just blurted it out – I was surprised I even said it,” Johnson related.  “It was some kind of instinct.” 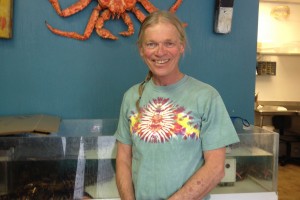 That instinct drove this civil engineer down a new road in life.  Roads, at least the real asphalt kind, were nothing new to Johnson.  As a civil engineer, he participated in the analysis and redesign of major Colorado roads after the Big Thompson Flood in 1976.

“By unearthing pieces of driftwood and carbon dating them, we determined that a flood of that magnitude had not occurred for 2,000 years, the time of Christ,” Johnson said.

That was a challenging and exciting way to start his career at the Colorado Department of Transportation.  Maybe everything after that seemed rather mundane.  But he worked his way up the management ladder – part of the team that designed and completed the interstate highway system in Colorado.  Sections of I 70 near Copper Mountain and Glenwood Springs were not completed until the 1980s.

As his career star rose, his job became less hands-on and more cerebral – emails, coming to consensus, relating information to other managers – and a bit less satisfying, he said.  He wrote a policy that was adopted nationally on accommodating fiber-optic systems relative to highway rights that is still in effect today. Most people would be proud enough of that accomplishment to rest on their laurels.

Is that all there is?

But Johnson wanted more – or less, depending on the way you look at it.  “I actually began to feel guilty pulling down my hefty salary because I felt I was not really accomplishing anything.  I longed to get my hands dirty, to problem solve in a tangible way, to see and feel my accomplishments.  Not just shuffle paper.” 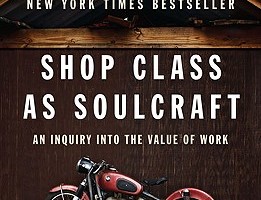 Apparently Johnson is not alone in this. A highly acclaimed book, Shop Class as Soulcraft, An Inquiry into the Value of Work, by Matthew B. Crawford, makes a case for the challenge and satisfaction of connecting to the material world.  The 2009 New York Times bestseller’s dust jacket reads “Those of us who sit in an office often feel a lack of connection to the material world and find it difficult to say exactly what we did all day…..  Crawford makes a case for the kind of work that requires mastery of real things.  Surprisingly, such work can be more intellectually demanding than the sort that deals in abstractions.”

Approaching 30 years at CDOT, solo Johnson was seeking something new to do. So maybe blurting out “Let’s talk” to the fish market owner emerged from a place in the back of his mind – or his heart.  The place looking for “soulcraft.” 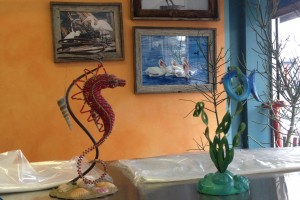 Walking into Seafood Landing in the trendy Highlands area of Denver, it’s easy to forget you’re in Denver.  It’s one of just a few specialty fish markets in Denver (no surprise, given Denver’s inland location).  The place is filled with fish and ocean art, shells, and chotchkes – mostly given to Johnson by customers who say, “I found this, it seems like it would look good in your store.”

That friendly relationship with customers seems to be a key to Johnson’s business – and his enjoyment of it.

Risking his life’s savings on a business venture he knew nothing about, based on his desire to work with his hands, seems to have been a good decision for him. 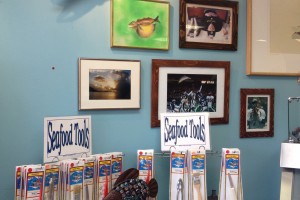 “We don’t have enough respect for the trades today,” Johnson said. “The trades are very intellectually challenging, trouble shooting a motorcycle, figuring out how to fix things, electricity, wiring a house – you can’t do these things on auto-pilot.”

That echoes Crawford’s book.  And Johnson admitted he bought seven copies of Shop Class as Soulcraft over the years after he bought the store.  He has given all the books to friends.

(If you listen to Car Talk on National Public Radio, Tom and Ray, both of whom have graduate degrees from MIT,  spend their minds diagnosing strange car problems. You hear living proof every week of active, intelligent minds engaged in the trades.  So Johnson is definitely not alone in this.)

Following through on initial instinct – Johnson left the white-collar world and became a tradesman business owner, with all the attendant issues of location (he moved the store to the Highlands after it had been in Lakewood for 40 years), inventory – species and quantities of fish, finding good vendors, cutting, displaying and pricing the fish, and being the counter man…   And add cleaning the store (he regularly dusts the chotchkes).

After nine years, Johnson said he’s not only learned a lot, but has finally been able to hire a couple of people so he can cut his hours down to 60 to 65 hours a week from 75 to 80. 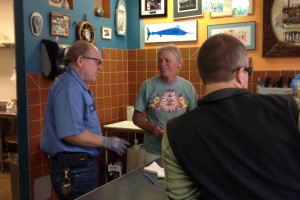 This has to be a labor of love.  “It’s gratifying work, I meet wonderful people, happy people who are made happier by eating well, and I enjoy having a place in my community.”

This road may be less traveled – from a high-level white-collar job to selling fish, but Johnson is not sorry that he jumped the white-collar ship.

Surprising maybe for a kid who grew up on frozen fish sticks.  Now Johnson not only knows the names of most of the eatable fish in the oceans, he can explain international fishery boundaries and restrictions, scarcity, recovery and sustainability.

For more stories about fascinating people. click on the “People” tab in the blue navigation bar at the top of the page.